Jumia Technologies Is The Best Of Amazon In Africa (Forbes) 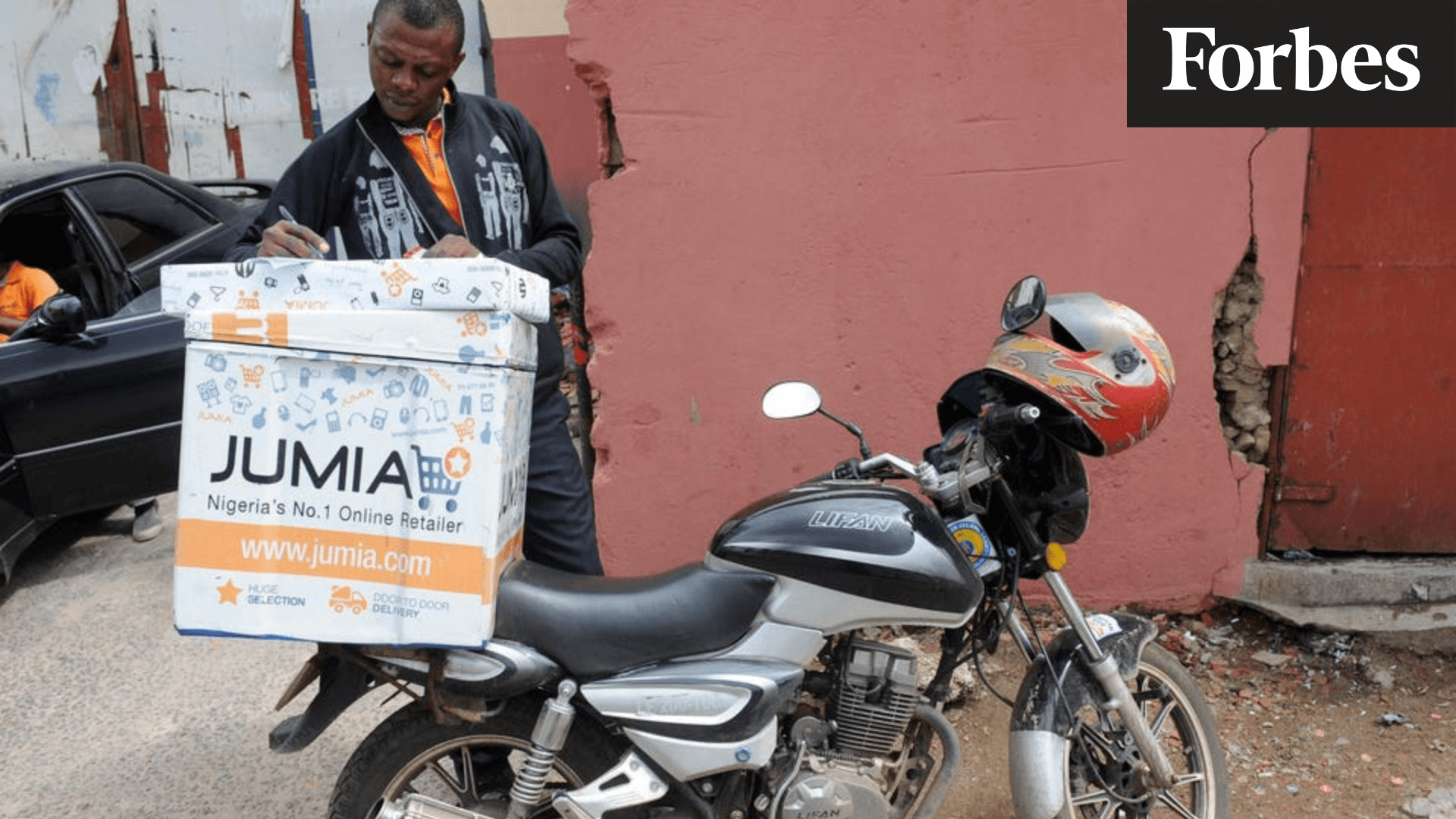 Jumia (NYSE-JMIA) was founded 10 years ago by Sacha Poignonnec and Jeremy Hodara in Nigeria (Africa) and is now successfully operating in 11 African locations. Its growth is noteworthy, and the company is known as the AmazonAMZN -0.8% of Africa.

The mission of the company is to deliver innovative, convenient, and affordable on-line services to consumers to help them fulfill their basic everyday needs. In fulfilling this mission, Jumia helps small and large businesses across Africa reach new consumers and grow. Bottom line, it drives growth of African economies on-line. For employees and communities, Jumia creates jobs and skills that empower a new generation in Africa, enabling them to improve the quality of their lives and make their countries better.

The brand says that consumers can buy, in each country where the company has a location, a product, order a meal, buy groceries, pay bills, and even make a donation. Sellers and partners have many options as well. They can sell on Jumia, partner with Jumia’s logistics, become a JForce Agent, become an affiliate and influencer. Important is the fact that it is one brand, with a single log-in and everything is fully integrated.

Jumia is the leading logistics platform in Africa and has extensive reach. 27% of deliveries in 2021 were made in remote areas, where choices of products are currently extremely limited for consumers. The Jumia logistics network includes over 600 logistics partners, ranging from individual entrepreneurs to large companies. Jumia has more than 3,000 pick-up stations and drop-off locations to facilitate deliveries. Jumia logistics services is open to third parties.

JumiaPay is a proprietary digital payment solution integrating relevant local payment methods that include debit and credit cards, bank transfers, and mobile money wallets. Transactions can be made via cash or credit cards (including VISA, MasterCard, Verve, and CMI Cash Center). The company also has mobile money, bank transfers, and money transfers. The company tries to support all relevant payment methods with high security in place. As a result of all these options, 36% of orders placed on Jumia platform in 2021 were done via JumiaPay.

Africa is described as a vibrant and growing continent and that spells potential growth for Jumia. The population in 2020 was 1.4 billion people and is expected to grow by +46% by 2025. The average age is young, about 19.7 years. The economic growth reached an estimated +3.5% last year and is predicted to grow by +3.7% this year. There are more than 590 million internet users. There is a single store for every 67,000 people while there is a store for every 1,000 people in the United States. In 2019, 45% of Africans lived in urban centers, and it is expected that 60% will live un urban centers by 2050.

Certainly, Jumia has had a very positive effect on the African economy. Their study shows that the company has generated jobs and business opportunities for thousands. For instance, Jumia has supported 600+ logistics providers, 100,000+ merchants and 100,000+ JForce Agents. Today there are 4,000 direct employees and about 400,000 ecosystem partners.

Jumia was founded by two graduates of the distinguished HEC (Ecole des Hautes Etudes Commerciales) in Paris. Both also worked in consulting before launching Jumia. Jeremy Hodara, co-founder, was engagement manager with McKinsey & Co., while Sacha Poignonnec was an associate partner with Arthur Anderson Associates. Both men worked in Paris and New York.

So, how is business?

Good, and with potential to keep getting better. It is very hard to analyze a new concept during a world-wide pandemic. Africa was not spared from the coronavirus. So, despite the positive accomplishments mentioned above, there is a source of some concern. One thing is clear – the company does not yet generate a profit, and its cash flow analysis for last year shows a cash balance shrinking from $373,931,000 to $117,098,000. It is a warning sign to monitor.

In fiscal 2019, the restated revenues were $179.5 million. In the next year, the restated revenues were $159.4 million before bouncing back in fiscal 2021 to $177.9 million. In the first quarter of 2022, a +42.5% increase to $57.3 million vs. $40.2 million was reported followed by a second quarter +44.3% increase to $47.6 million vs. $33.0 million last year. So, the company is getting some traction, and we can project a strong revenue improvement. We note that there were operating loss increases of (-63.5%) in the first quarter and (-31.3%) in the second quarter. Management indicated in the second quarter report that they are scaling the business towards profitability They continue: “We have successfully delivered on each building block of our path to profitability, usage growth momentum, monetization acceleration and cost discipline.”

While this company cannot be compared with WalmartWMT +0.6%, since it does not sell any owned merchandise but rather facilitates the sale of merchandise by individual sellers or companies, there are lessons from Walmart’s initial growth to be considered. Consider that Walmart initially expanded in concentric circles around their distribution centers, not across the whole United States. Others have successfully followed that example. We must note, however that the expansion of Walmart was in densely populated areas, whereas Africa has big arid lands that have few inhabitants or only native tribes who live in traditional ways. Jumia started in Lagos, Nigeria in 2012 and developed its growth plan centered in that country until 2016. Only then did it expand into Algeria, Tunisia, and Uganda. The company opened a Tech Center in Cairo, Egypt in 2021 and in Alexandria, Egypt in 2022.

My young friend, Hinar, from Alexandria Egypt, tells me that on-line shopping is not yet as popular in her country as in the United States. Younger people might do some on-line shopping but not everything is available on-line, while in the United States everything is shoppable on-line. People want to pay cash in her country, and Jumia (which she knows) lets you pay cash on delivery. That is a positive.

However, Hinar’s complaint is that because not everything is available on-line, it is easier to go to a store in Egypt. Many people do not trust to buy on-line, she says. They would rather go to a store and select the merchandise. Expecting these issues to be resolved over time, Jumia is positioning itself to be the online destination as ecommerce makes gains.

POSTSCRIPT: Jumia Technologies AG is headquartered in Lagos, Nigeria but regulated in Germany. New ideas are being tested, including EV vehicles through a partnership with BILITI in California to add e-vans. Also tests are underway of a drone service that will deliver in Africa. A pilot program was just announced for on-demand delivery in Ghana.

Management believes the company is on the threshold of profitability and could visualize financial improvement in the next 12 months. In recognition of the company’s efforts to support sustainability initiatives in pursuit of its growth, the company has been invited to participate in the November 2022 United Nations Climate Change Conference in Sharm El Sheikh, Egypt.

Read the original article on Forbes