PYMNTS: How JUMIA Is Navigating A Pandemic-Induced Explosion In Digital Payments 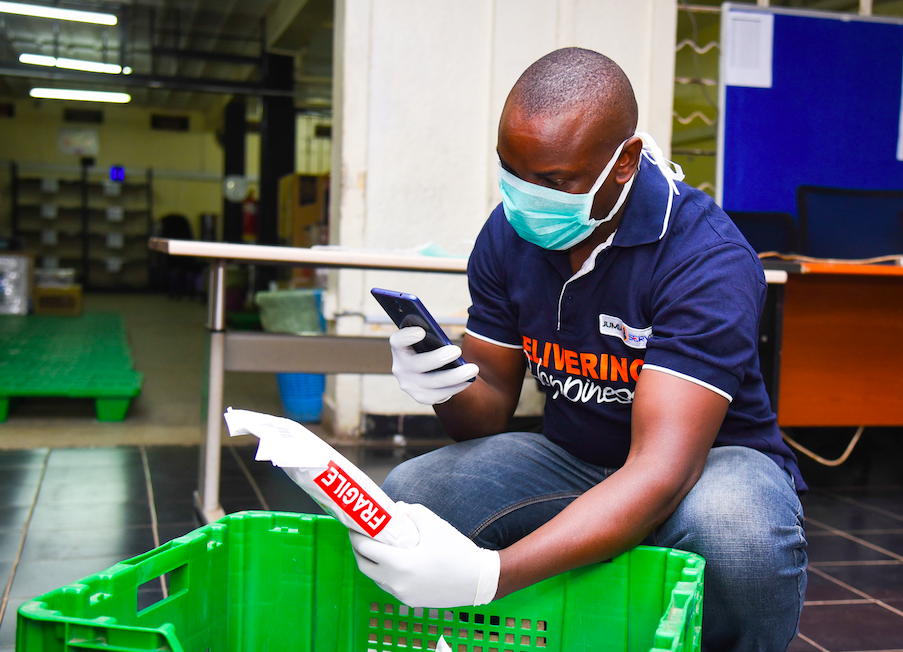 At a quick glance, Africa as a continent lags behind the rest of the world in terms of pushing its population of roughly 1.2 billion people into the digital age.

Internet penetration is fairing somewhat better with roughly 40 percent of the population reporting internet access as of 2019. That figure, however, still notably lags behind the global average of 62.3 percent.

Given the relative sluggishness of digital technology on the continent, the advancement of digital payments has been slow and not-so-steady thus far as well. Cash is very much still king African payments, used in 90 percent of transactions and 80 percent of bill payments.

What those figures tend to obscure, however, is how quickly those trendlines have started to change. As of January of this year, Africa’s smartphone and internet penetration rates were forecast to be well north of 50 percent by 2025 and growing, pushed by the tailwinds fostering digitization globally.

Those tailwinds that have started blowing much harder in the last few months, Jumia’s Chairwoman & Head of Institutional Affairs Juliet Anammah told Karen Webster, as the worldwide public health crisis has turned up the volume on demand for digital commerce, digital payments and an entirely new series of transaction experiences across Africa. Jumia has been working overtime to meet those changes, she said, often with the help of partners.

And the changes are likely permanent, she said. Businesses of all kinds across the continent will need to think about shifting toward digital for the long haul.

“If there is anything that we know about consumer behavior, [it] is that once a consumer builds a new habit, they tend to continue along those lines,” she said. “We expect that consumers who have suddenly seen the benefit in ordering online and shopping and paying in a contactless manner, it’s a habit consumers will want to continue going forward.”

Jumia, known colloquially as “The Amazon of Africa” with its multi-national eCommerce platform, she noted, is now aiming to help both consumers and merchants bridge the gap today, and create new commerce connections throughout the recovery.

A Portal To Patch The Gaps

African consumers — like every consumer on Earth — will do what they’ve always done until such time as they are given a very compelling reason to do otherwise, Anammah noted. The recent rapid expansion of Jumia Pay illustrates this. Before the virus, consumers and merchants were quite content with cash-on-delivery, but the pandemic made it clear that “the handling of cash could be a potential means of person-to-person infection.”

She said Jumia didn’t have to design a solution to that problem because the company had one in the form of Jumia Pay, which could be adapted via the use of tools like QR codes to allow customers the option of contactless payments as well as fully contactless delivery.

What has been critical in Jumia’s COVID-19 response, Anammah noted, is that the company isn’t really inventing it on the fly; it is using the products and services it has been developing in response to the shifting trendlines and adapting them to the needs of the situation as it has unfolded. That might mean leveraging cross-border commerce partnerships to bring in goods from places like China or Germany; or matchmaking between the sellers of personal protective equipment (PPE) worldwide and the hospitals locally that need the product.

On a fundamental level, she noted, it means that Jumia can provide a commerce hub with an embedded, portable payments tool that can be leveraged by a lot of different types of buyers and sellers, and it can provide the logistical support necessary to make sure all those goods can move between parties via its web of existing partnerships.

That’s an especially challenging bar to meet in Africa, she noted, where “it’s hard to find one single provider of knowledge of every nook and cranny on the continent.”

Jumia, she noted, hands off technological tools that firms need, specifically smartphones with the Jumia delivery app embedded, and then relies on local expertise to be able to guarantee the ordered can be picked, paid for and successfully delivered to the door of the person or entity that ordered it.

“It’s available, and it’s very much scalable,” Anammah noted, and it is what the next phase of development in the coming recovery will need for a world that will continue to look as different in Africa as it will on other continents in many regards.

For all the changes Jumia is seeing in consumer behavior, in brand strategy, and in the rapid uptick in interest in digitally moderated goods, Anammah told Webster that she doesn’t expect that this is somehow the end of physical retail or that we will ultimately see “dramatic changes overnight.”

What she said she does believe will be visible is a shift familiar to many Western consumers already: experiential retail. Things that are better seen, touched or otherwise felt will continue to hold a prominent place. But commodities, like essentials, she noted, are going to move to digital more and more as consumers get used to buying them that way and find they are reliably receiving them and easily paying for them.

If she were seller, particularly a wholesaler, Anammah noted, she would be thinking about how to digitize her operations “as much as possible right now” in partnership with a platform like Jumia and others as they attempt to re-evaluate their connections to consumers.

What she is seeing, increasingly, is that brands, wholesalers and sellers are reaching out because they are ready to do exactly that. In Africa, there are still many informal markets where it is difficult to access the internet, but the company is talking about testing some waters in conversations with “local market women who sell fruits and vegetables who we can bring online and onto the Jumia platform,” Anammah said.

It has become obvious across the continent that digital isn’t optional, urban or some kind of passing Western fad, she said.

“Today everyone appreciates the necessity of digital,” she said. “Now, it is about making sure we put in place — either through partnerships or other kinds of initiatives — ways to make sure we are in the middle of helping bring people online and into the Jumia platform as buyers and sellers.”